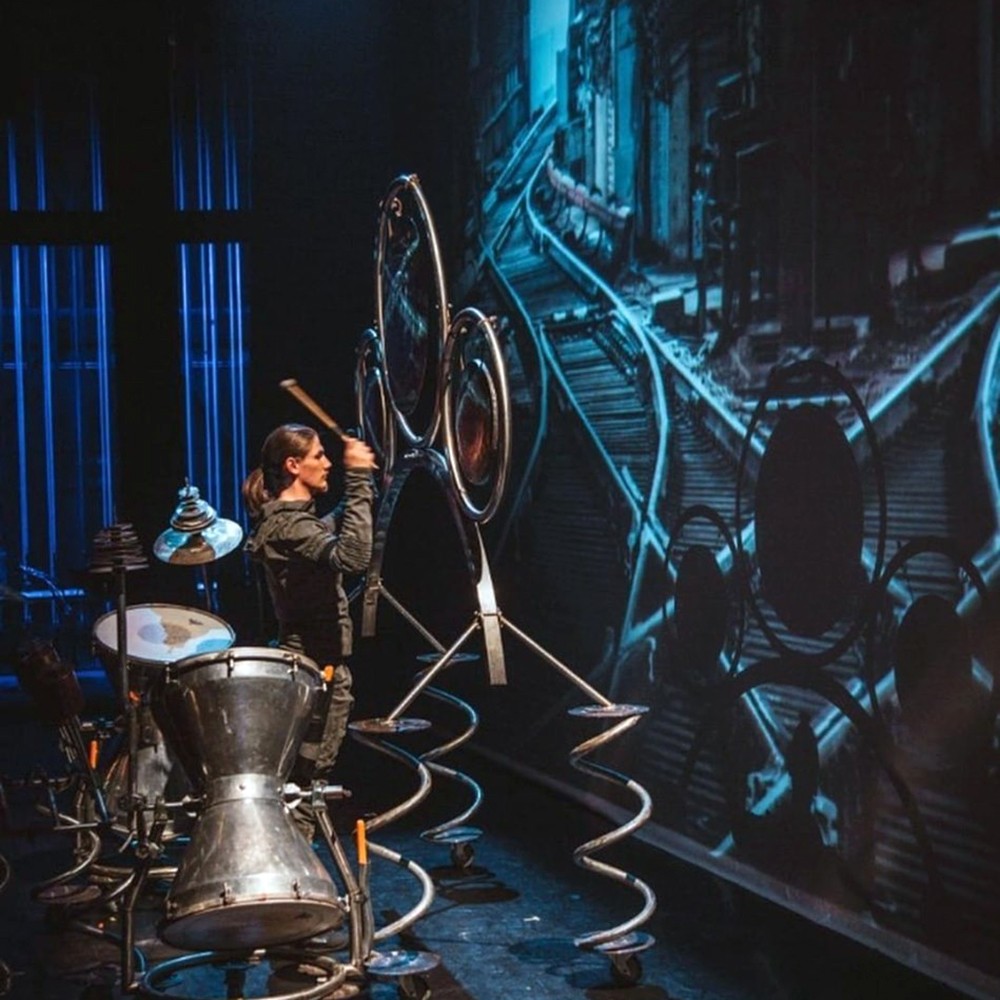 Chris Blaber is a percussionist and composer dedicated to presenting collaborative, interdisciplinary, improvised, and contemporary works. In the past two years alone he has premiered over 100 new works in concert. He’s passionate about incorporating multiple elements of performance – including choreography, narration, singing, and acting – into unified, innovative productions. He joined Scrap Arts Music as an ensemble member in September 2017. As a member of Scrap Arts he tours their new production “Children of Metropolis” internationally and throughout BC tours their school show SAM2. Scrap Arts delivers complex webs of rhythms with athletic choreography and high energy performance.

Over Summer 2019 Chris rode his bicycle around BC playing a solo show drum set and stereo electronics called “Changing Planet”. The show was made in collaboration with Ecstatic Waves composers Erica Regehr, Nadia Schibli and Jaya Story. Carrying around 150 pounds of instruments, speakers, food, water, tent, and basic survival equipment he biked over 2000km promoting climate activism and green living all the way.

Locally in Vancouver you can see Chris Drum with the Hitmen Drumline at Canucks home games (his friends tell him he has been on Hockey night in Canada for about 3 seconds!) and as a freelance percussionist in Vancouver with numerous groups including orchestras, musical theatre, chamber music groups, SFU Music Composition program ensemble in residence, and as the principal percussionist of the Postmodern Camerata Society.

Chris is the artistic director and founder of Ecstatic Waves. This collective creates experimental performances that are collaborative and interdisciplinary in nature. They have premiered over 50 new works by local Vancouver artists in 14 shows, self published a book of scores premiered in the concert series, and performed a 10 hour long concert for their book launch party.