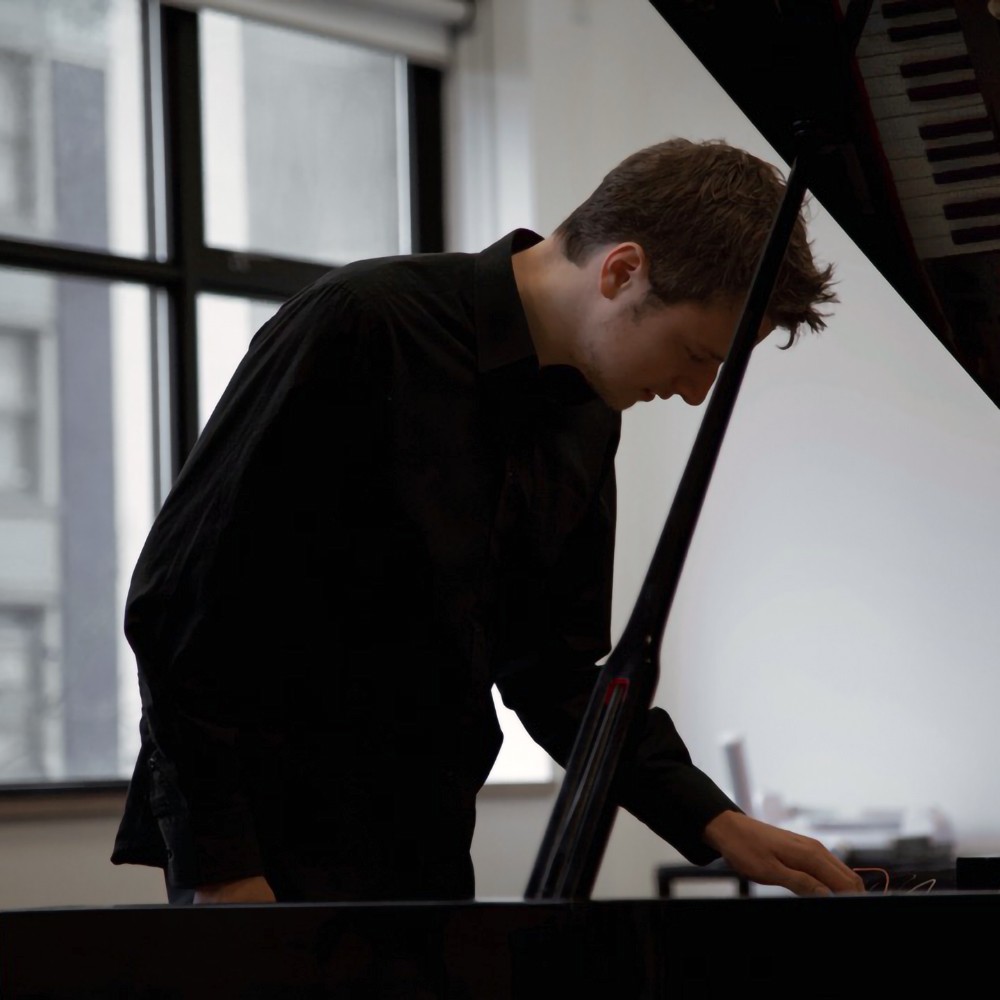 Casper Leerink (1995) is a musician, composer and creative user of technology. From 2013 until 2017 Casper studied Piano performance and composition at ArtEZ University of the Arts. After his graduation, Casper moved to Vancouver in Canada to study composition at the Simon Fraser University where he is currently pursuing his Master in Fine Arts with topics in interactive composition and complexity.

Casper seized the opportunity to integrate his two interests, music and technology, in his work. Technology is used to enable new ways of interacting between various persons and objects such as musicians, dancers, video or even members of the audience. With the help of technology these features aren’t a separate entity but rather part of an interactive system.